The historical route of the metro and train tracks dividing Sants neighbourhood (Barcelona) over the past century has left a wound in its urban fabric. With an average width of 30 metres, the railway route divided the neighbourhood into two isolated parts.

The arrival of the high-speed train (AVE) in Barcelona allowed an overhaul process to get underway on this rail infrastructure, with an ambitious urban regeneration project being envisioned with a view to improving quality of life for residents.

The light sources are carefully integrated between trees to evoke a measured interplay between both key elements. A balance is struck along the central axis in the fusion of resting elements, NeoRomántico Liviano benches and Caudal drinking water fountains. 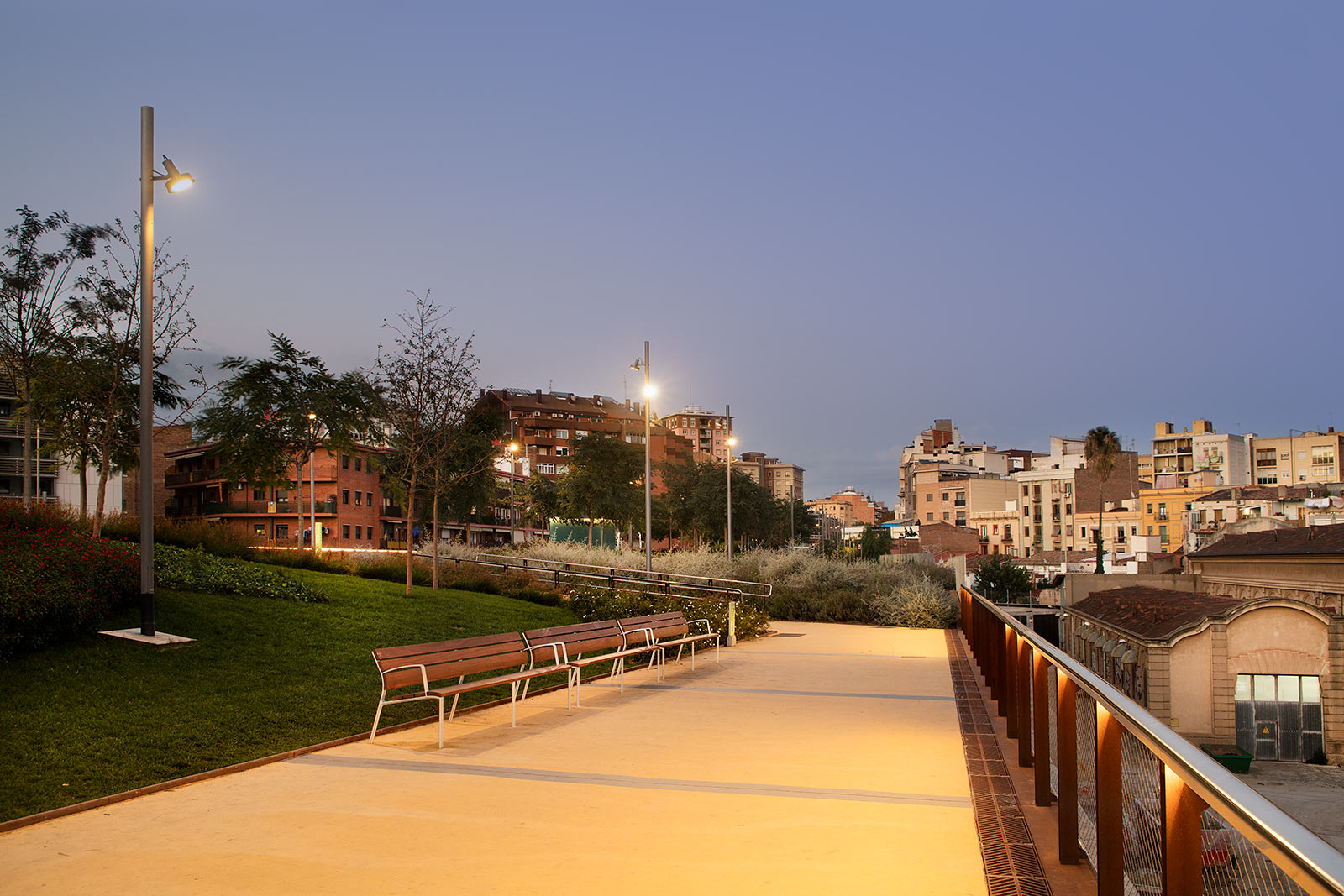 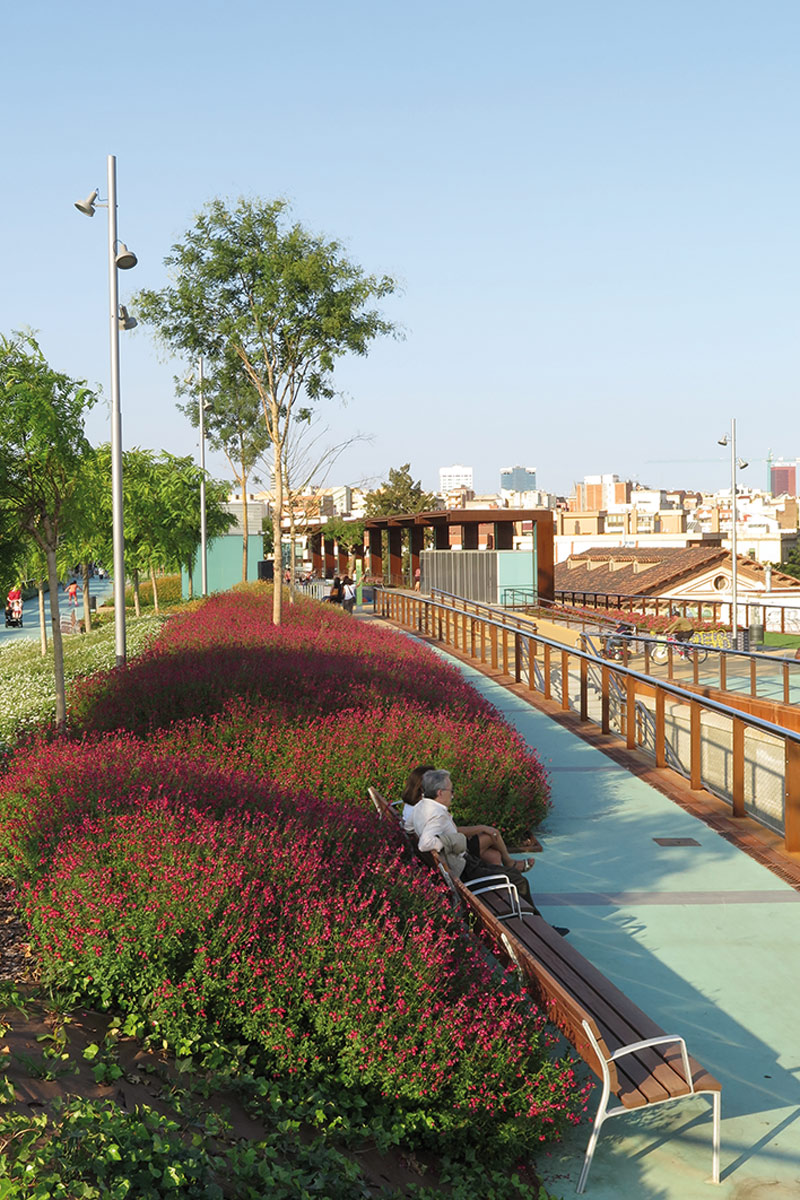 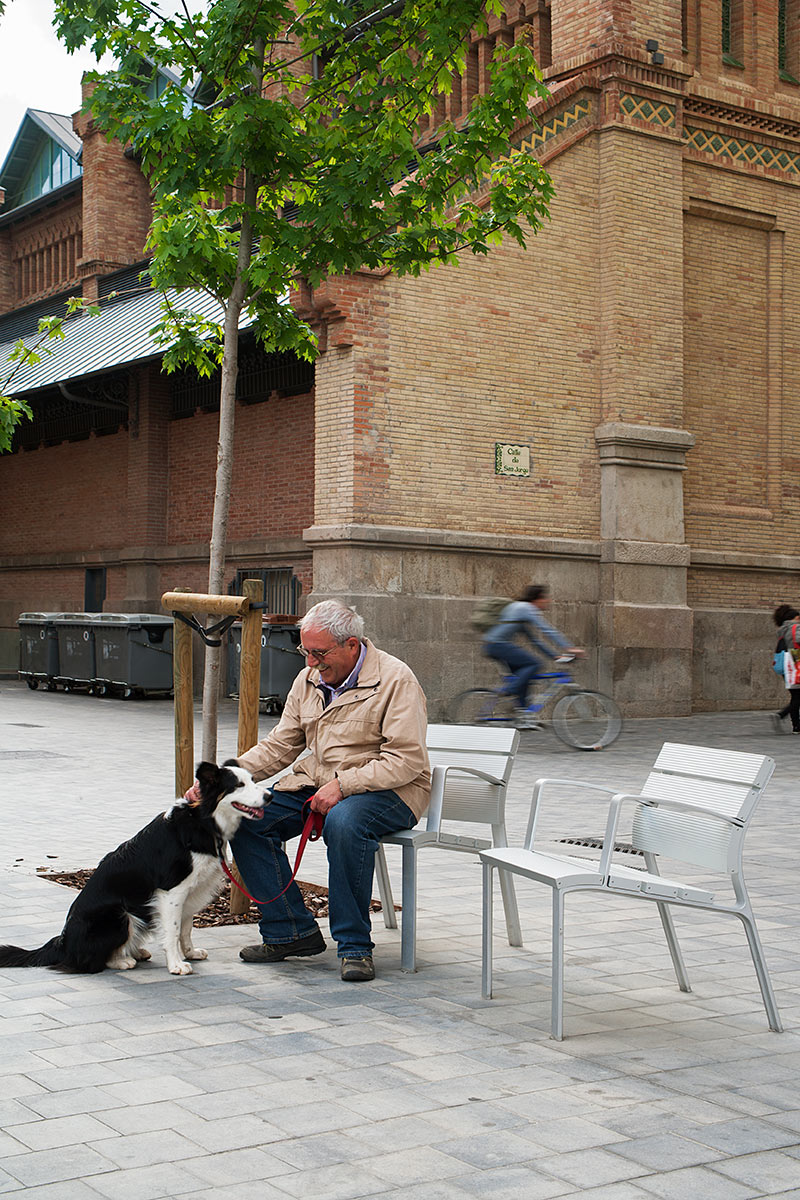