Created with Federico Correa and Alfonso Milá to light the new office of the mayor of Barcelona Pascual Maragall. Santa & Cole produced the original lamps and in 1995 began the production of this superbly austere series of lamps.
Diana is slender, sturdy and remarkably lucid. It is formed by a large central metal base which houses a shaft, the diameter of which gets thinner as it rises, supporting a white linen shade in a smooth cone-like shape that disperses the light of two bulbs arranged in such a way as to avoid shadows forming on the shade. Its appearance seamlessly strikes a balance between classicism and modernism both at home and in the office. 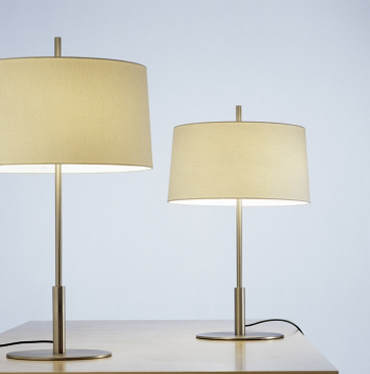 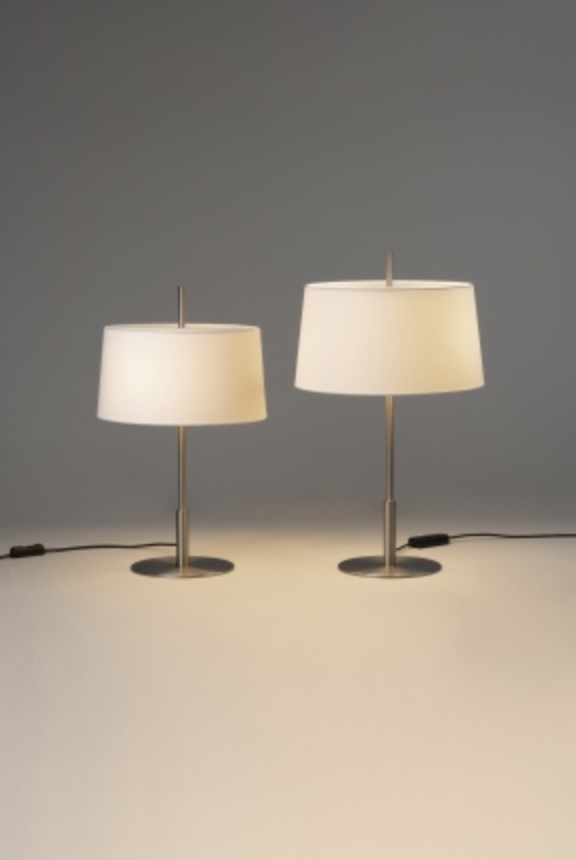 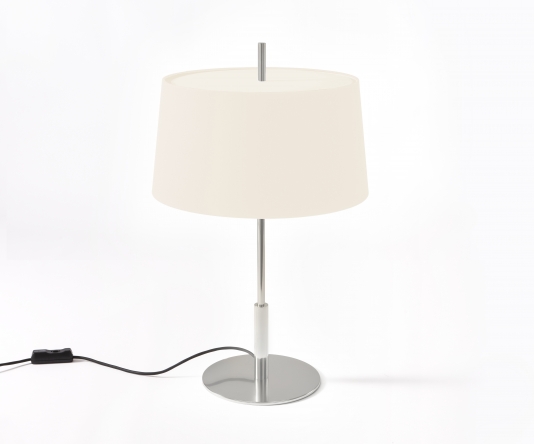 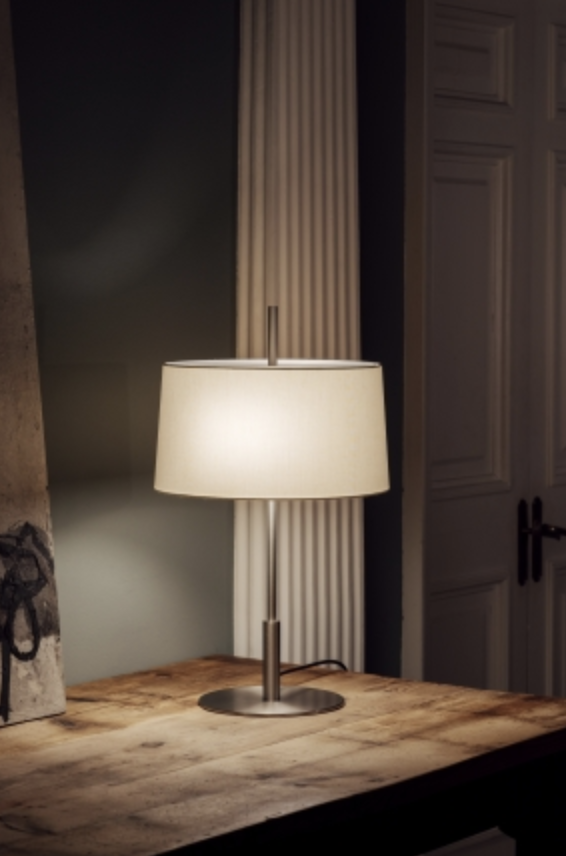 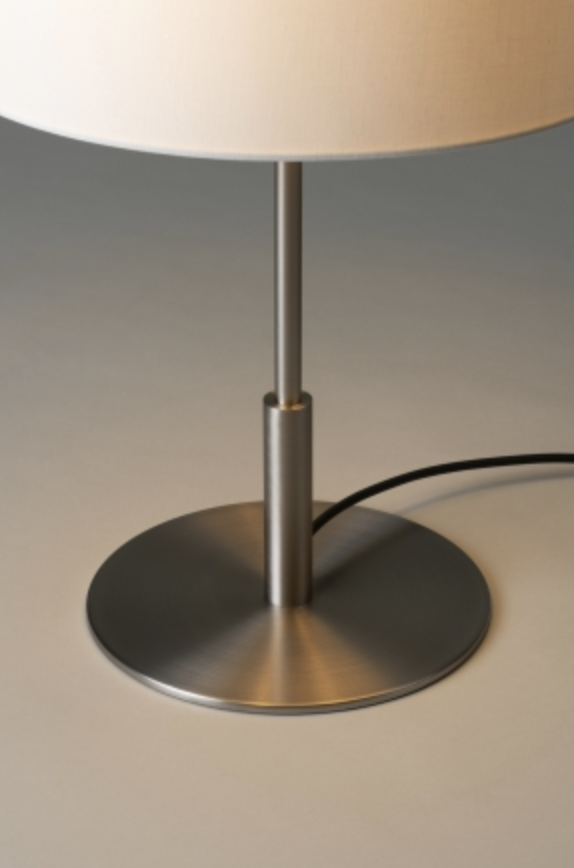