The Disseny Hub building in Barcelona’s Plaza de las Glorias is destined to become the place to be for the city’s multifarious design communities. This building will be the new headquarters for Barcelona’s leading design institutions, including FAD, DHUB, BCD and the highly sought after Design Museum, and will host the main events usually held in Barcelona. A multidisciplinary platform to drive and promote Spanish design and the Barcelona brand beyond our borders.

The project is the brainchild of MBM ARQUITECTES (Martorell, Bohigas, Mackay, Capdevila, Gual) and not only features an impressive main building but also a large outdoor space. Two prestigious pieces from Santa & Cole Urbidermis urban catalogue have been chosen for the outdoor area: Gonzalo Milá’s  Rama street lamp, with its simple lines and high energy efficiency, and the aluminium version of the NeoRomántico Liviano bench, which holds the first Cradle to Cradle environmental certificate and was designed by Miguel Milá, Gonzalo’s father and one of the most lauded Spanish design pioneers. Both the bench and the street lamp won FAD awards when they were released and are part of the Design Museum collection. 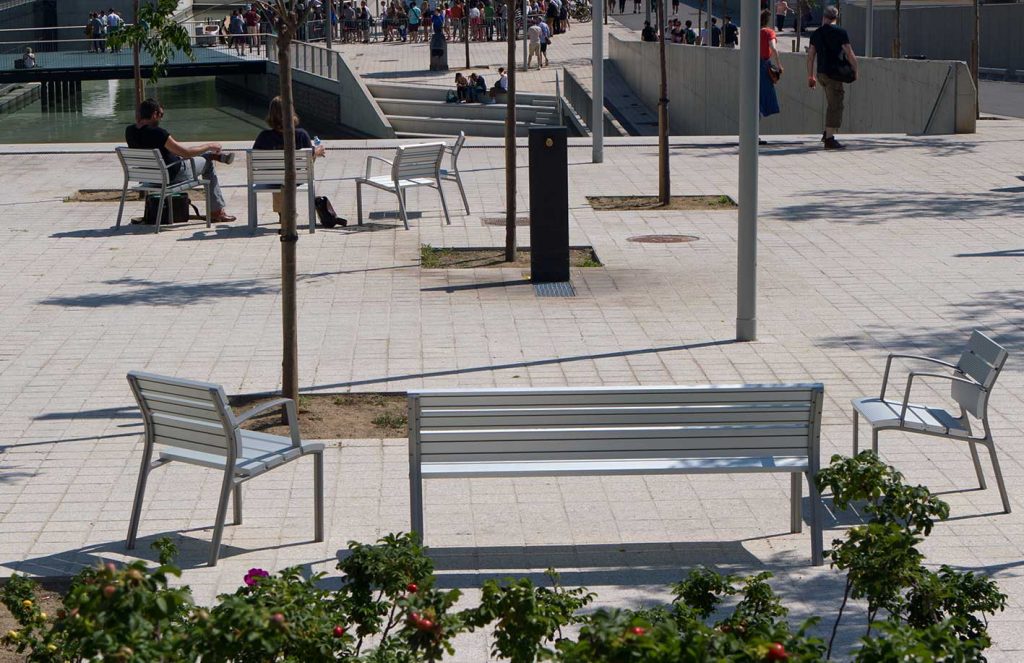 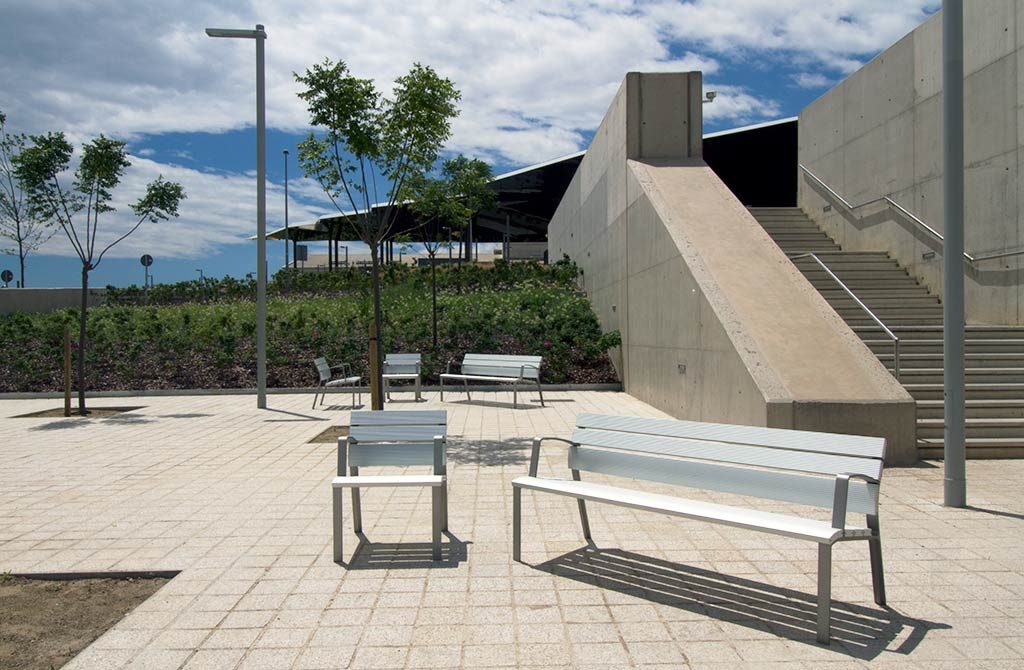