Nestling in the midst of the Eixample, one of Barcelona’s most iconic neighbourhoods, the Casa Bonay has transformed a building dating back to 1869 into a hotel that depicts the Mediterranean and Barcelonan lifestyle. The renovation confers a contemporary vision while preserving many of the original architectural features that respect the building’s original spirit, such as the hydraulic tiled floors, the ceilings and sliding doors.

An eclectic team mostly from Barcelona worked on the project, including furniture designers, interior designers, graphic designers and landscapers*. This host of characters and personalities breathed new life into the image of the house, turning it into a building whose every nook and cranny conveys Barcelona’s quality of life and very essence.

A majestic entrance leads into the hotel through what was originally the coach gate, which is lit with the solemn and elegant Estadio light by Miguel Milá. This iron ring of light was originally designed for the Olympic Stadium during the 1992 Barcelona Olympic Games.

“I was absolutely certain that Miguel Milá’s designs, one of the best examples of design in Barcelona, should be present. Choosing his lamps was the best way to emphasise the city essence”, explains Nina Masó. You can therefore find such pieces by this great Spanish designer as the Wally wall lamp lighting the way for visitors through the corridors and in the courtyard. The warm and simple TMM wall lamps above the hotel’s bedside tables take of nighttime lighting needs. In rooms with lower ceilings, the filtered light of the Maija de suspensión  pendant lamp was chosen instead, designed by Ilmari Tapiovaara in 1955.

For the glazed balconies, the eastern tranquillity of the  Nagoya lamp was chosen, designed by Ferran Freixa in 1961. And Miguel Milá’s M64 shines a light for reading on the sofas in the lounge area. 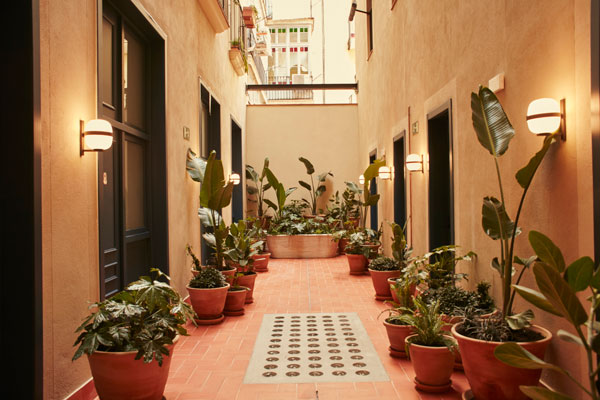 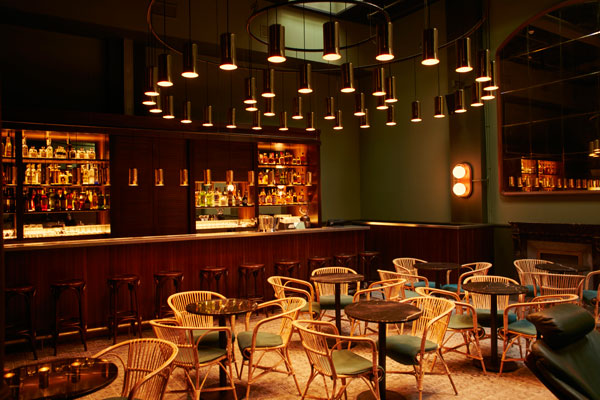 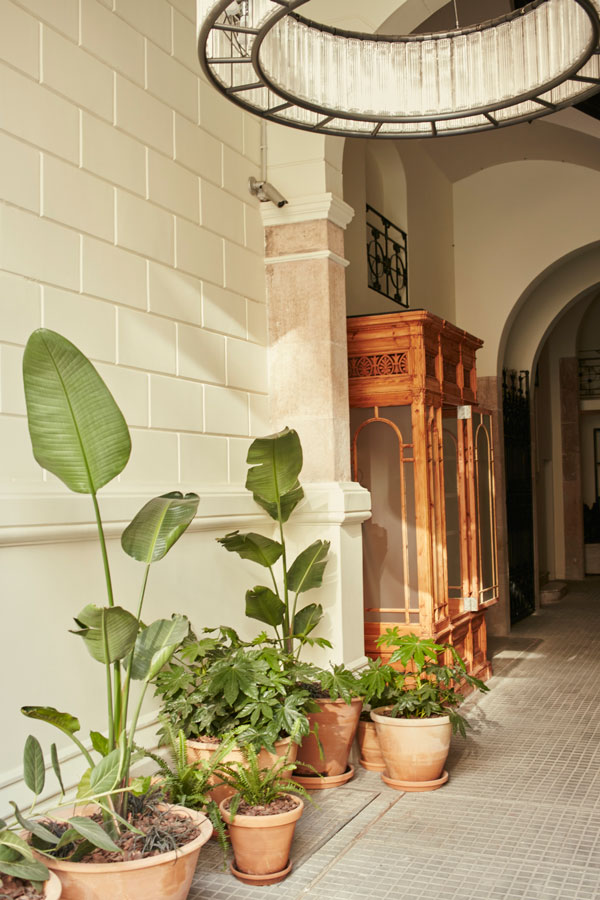 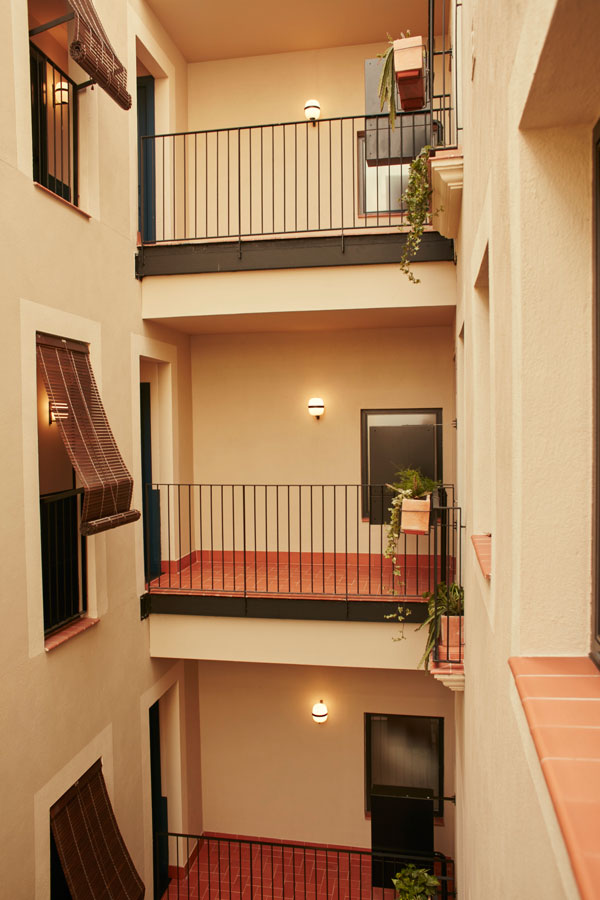